The approval of hemp in food and beverages in Thailand is a positive sign for the herb. We talk to culinary experts and innovators to learn more about its presence in Indian cuisine and its benefits

The Pune restaurant sandwich uses the seeds in its chutney base

A certain part of the population has always perceived hemp or cannabis as the panacea for the ecosystem. Several regions in the United States of America, Canada and now Thailand have approved the use of hemp in food and beverages. A versatile plant, hemp has a long tradition across civilizations from ancient China and Japan to India.

For the uninitiated, hemp belongs to the same species as the cannabis plant. The term hemp refers to plants that possess a low quality of tetrahydrocannabinol (THC) – less than 0.3% – which gives them an intoxicating quality. The chemical is most prevalent in the flower of the plant. 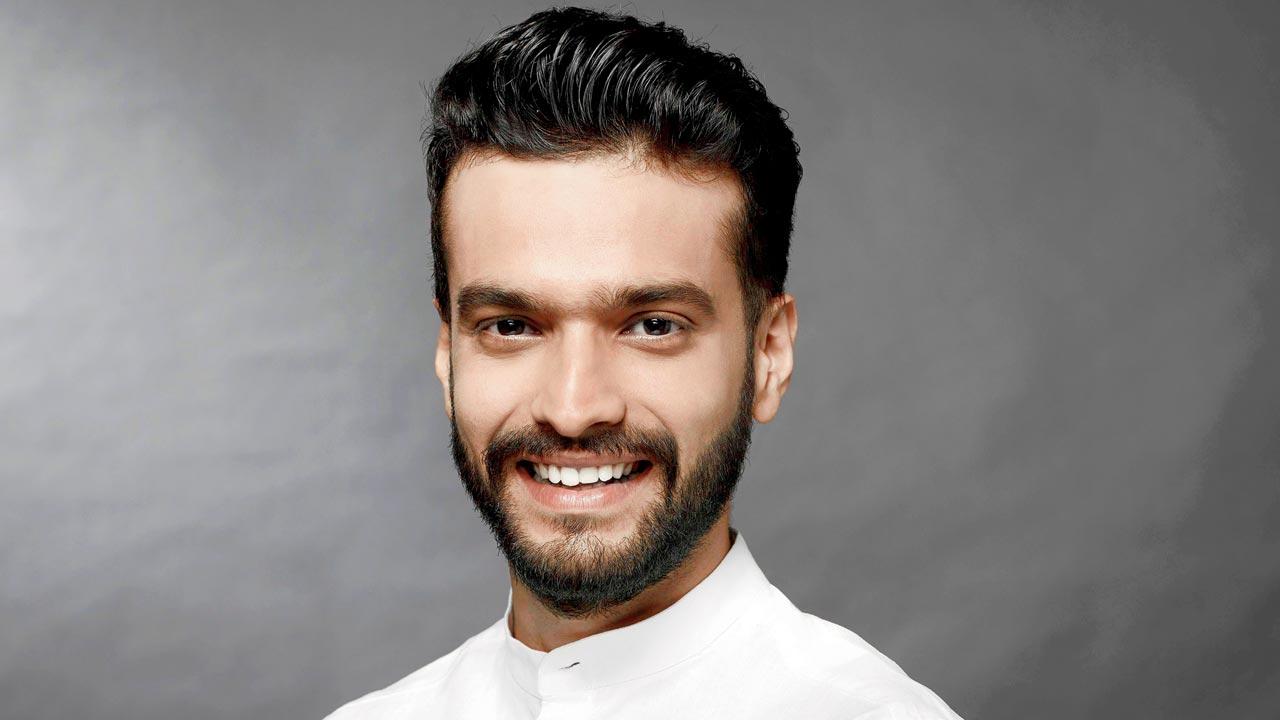 Yash Kotak, co-founder of Bombay Hemp Company, tells us, “Although the plant is mainly found in northern and northeastern India, it has not spread much to other parts.” Hemp has been found to provide over 25,000 uses. This may be a reason why Hindu traditions include it as one of the sacred plants. Kotak adds that since the plant had such a deep presence in Indian culture, it never became completely illegal.

Culinary expert and author Rushina Munshaw Ghildiyal discovered the use of the seeds of the plant during her research on Uttarakhandi cuisine. She tells us that hemp seeds or bhaang seeds are used to make salts or as a spice mix in the region. “As a spice, it is used whole or added to tadka”, she informs us. The seeds possess warming qualities which are essential in the cold climate. “You could liken it to cod liver oil,” she adds, “It also has digestive qualities that balance vegetables like mooli (radish) or kaddu (gourd).” This practical use is widespread in the mountainous regions of Garhwal, Kumaon and parts of North Bengal. Ghildiyal touts the region’s famous bhaang ki chutney and chicken bhaang ka as examples. “They also use it as a grilled snack, Buknu, along with other seeds and nuts, and rice.” 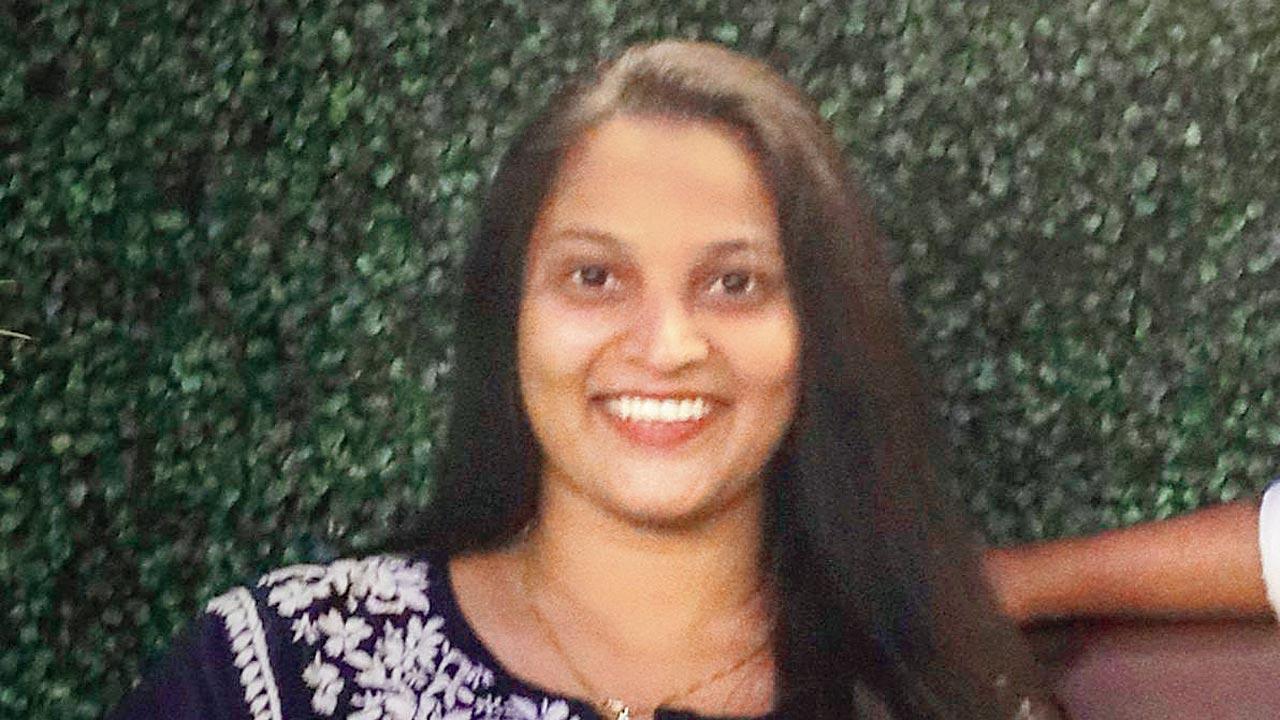 Amruta Shitole, co-founder of new cafeteria The Hemp Cafeteria in Pune, agrees. Born in Maharashtra, the use of hemp or bhaang in food was a culture shock for Shitole when she visited Uttarakhand. “There, every little house uses it as part of the daily routine. Some villagers also talked about how the seeds were used to boost immunity in children. This inspired her to open the first hemp cafeteria from Pune. Shitole’s dishes include burgers made with hemp-infused multigrain bread, hemp chutney sandwiches, and as an ingredient in nut-based cookies. “Seeds don’t have a distinct flavor profile. It’s a very adaptable ingredient,” she says, sharing her idea of ​​using it as a complement to Maharashtrian thalipeeth or a Delhi favorite, momos, in the future.

Of course, as Kotak points out, the most popular perception of its use remains that of an intoxicant in thandai. “As a thandai, it was used in Uttar Pradesh, Madhya Pradesh and Rajasthan, but it was limited to spiritual or recreational use,” he notes.

The problem of perception

This recreational use has triggered a suspicion of hemp in the majority of the Indian population. Shitole admits this is a barrier for entrepreneurs innovating with hemp products. She says, “It’s a challenge to convince people that these seeds are not medicine and are very healthy. Hemp seeds contain essential fatty acids and omega-3 and omega-6 proteins.

Kotak shares that hemp also has agrarian benefits. “It requires very little water, grows in 90 to 100 days,” he says. This self-sufficient, fast-growing quality has earned it the slang name of weed.

“Now, in the age of hyper-information, people are rethinking the plant and its uses,” Kotak concludes. If adopted, the plant will prove a natural survivor. 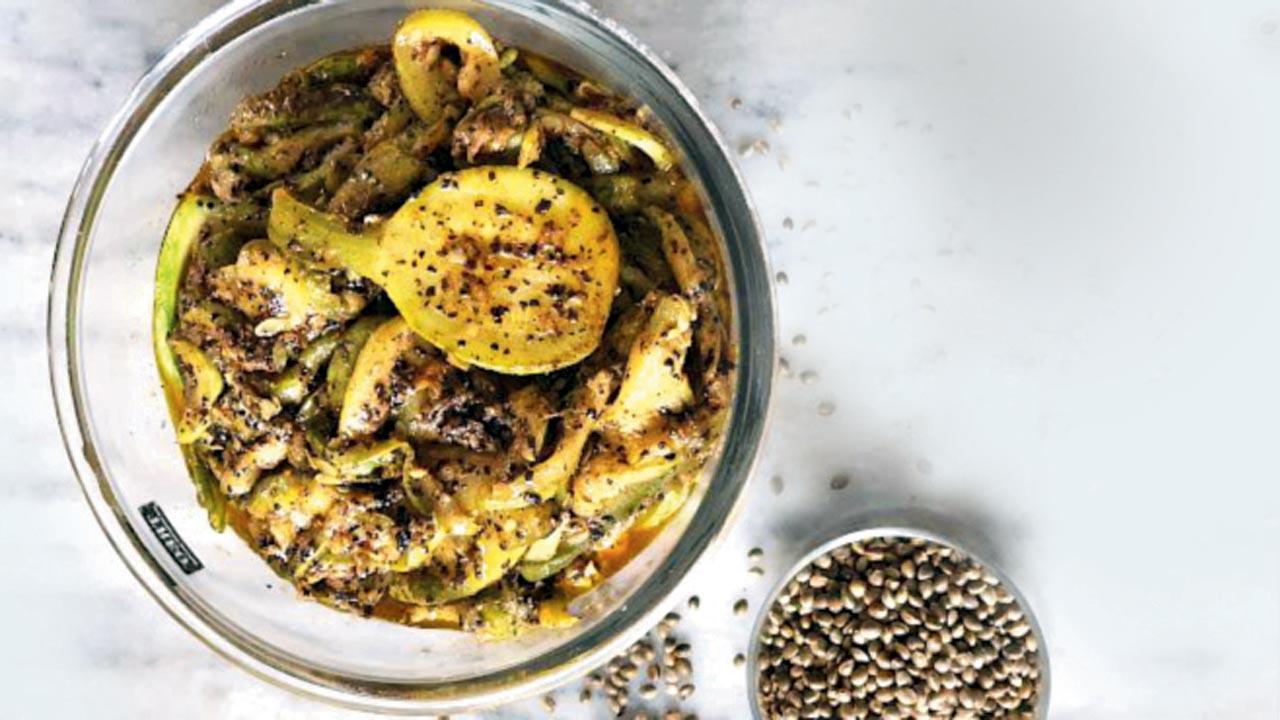 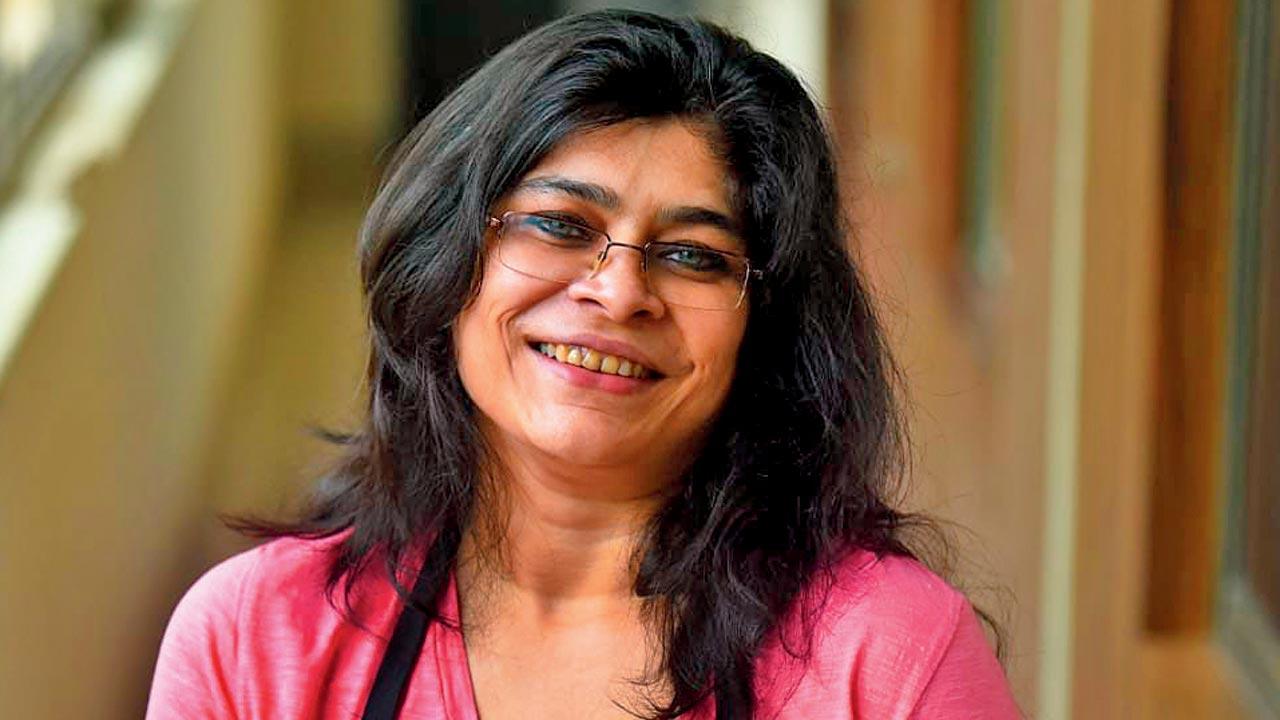 Method
For the bhaang spice mix
Heat a kadhai. When hot, lower the heat and slowly dry roast the bhaang seeds while stirring. Once they darken with a nutty aroma, transfer the mixture to a bowl and let cool. Grind into a powder once cooled.
For the kadu
In the same kadhai, add oil and heat until the oil is smoking. Lower the heat before adding the hing, the red peppers, the cumin and wait for them to crackle. Then add the diced pumpkin with water and mix well. Cover and cook until the water reduces. Add the salt, red chilli powder and turmeric, and continue cooking over low heat, stirring regularly and crushing as you go. The pumpkin should be coarsely crushed. Add the jaggery to the mixture with the bhaang masala and cook for one to two minutes. When the preparation is ready, remove it from the heat and stir in the tamarind or lemon juice. Serve hot with puris, parathas or rotis.

On November 15, 2021, the Food Safety and Standards Authority of India (FSSAI) approved the use of hemp seeds in limited amounts in food and beverages. In drinks, the use of hemp is limited to 0.2 mg (THC) per kg, while in food; it is limited to 5 mg per kg. These foods or beverages cannot be provided to infants.

. His Hemp: From personal care and pet products to kurtas and shirts, this online store offers all hemp for the potential buyer. Fitness enthusiasts may want to try the natural protein powders on sale.
Login to itshemp.in
Call 76509988777

. CBD Store India: This e-platform offers consultations with health professionals, in addition to beauty and skin products. For fashion lovers, there is a range of handmade hemp fiber garments to suit every season.
Connect to @CBDStoreIndia on Facebook
Call 9769656935

Spanish passions for food and football combine at Riyadh festival

Greg Sherwood MW: Two of South Africa’s best put to the test in a comparative tasting