How to use other ingredients and reduce salt in cooking, Lifestyle News

Even before the Health Promotion Board urged Singaporeans to switch to low-sodium alternatives last month, the 39-year-old executive chef was already using less salt in his cooking.

He estimates that in two years, he managed to reduce his consumption of table salt by up to 80%.

He says, “Paying attention to the use of salt allows me to better express the flavors inherent in other products and ingredients.

That doesn’t mean serving bland dishes, he hastens to add. Instead, it derives flavor from high-quality, natural ingredients.

Last year he proposed a kombu broth so flavorful that when he uses it for dishes like abalone porridge, he doesn’t need to add any salt.

He shared the broth recipe, which calls for dried scallops, dried whelks and kombu from Japan, with his wife. The natural umami means she needs less salt and soy sauce when using the broth for dishes such as mee hoon kueh and steamed fish.

According to dietitians, the recommended daily limit for sodium is 2,000 mg, which is equivalent to one teaspoon (5 g) of salt.

She suggests trying the taste rehab challenge for a month: choose foods lower in sodium and eat more homemade meals with less salt or seasoning. Use fresh ingredients like vegetables for flavor.

Cooking at home is ideal because you can reduce the amount of salt by using alternatives such as lemon juice and garlic, says Dr. Kalpana Bhaskaran, president of the Nutrition and Dietetics Association of Singapore.

Celery contains vitamins A and C and is a good source of minerals and antioxidants. Its leaves and stems add flavor and sweetness to dishes. 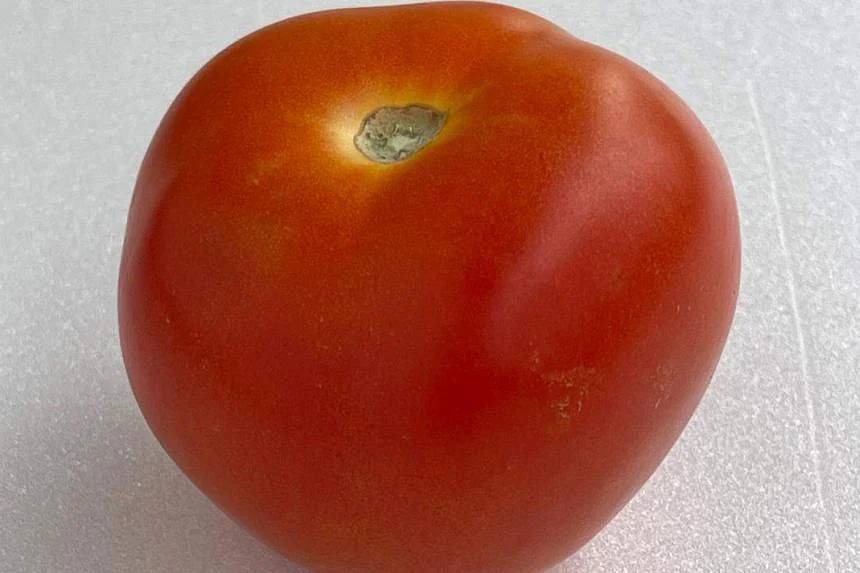 Tomatoes contain an antioxidant called lycopene and are a rich source of folate and vitamins C and K.

Thanks to their full, “meaty” flavor, which comes from a high load of glutamates, tomatoes are used in condiments such as ketchup and pasta sauces. 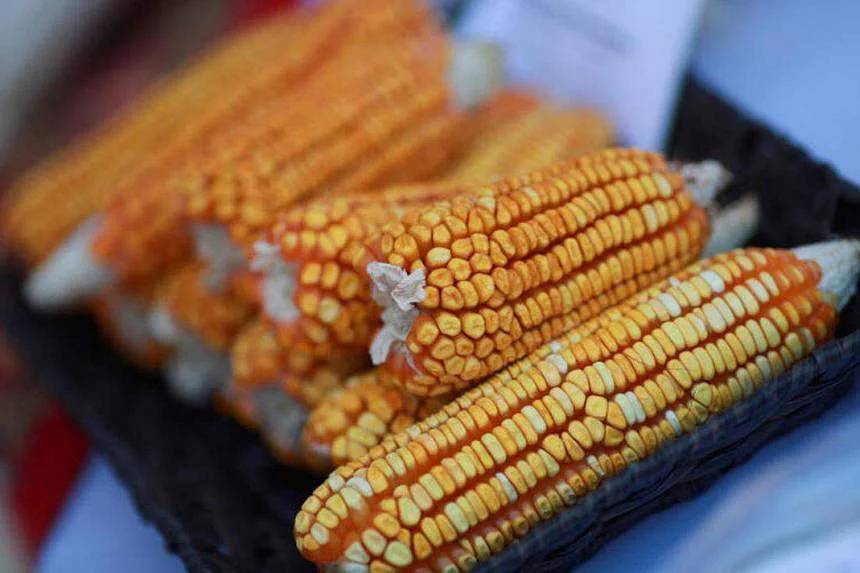 A good source of vitamin B1 and dietary fiber, corn adds sweetness to dishes like soups with its sucrose and umami flavor. 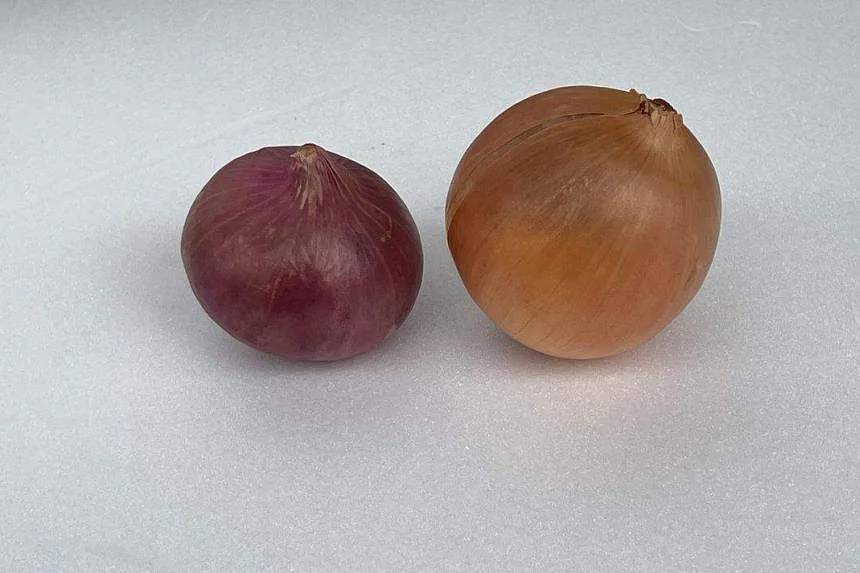 Filled with vitamins, flavonoids and phytochemicals, onions are high in glutamate, which makes them tasty. 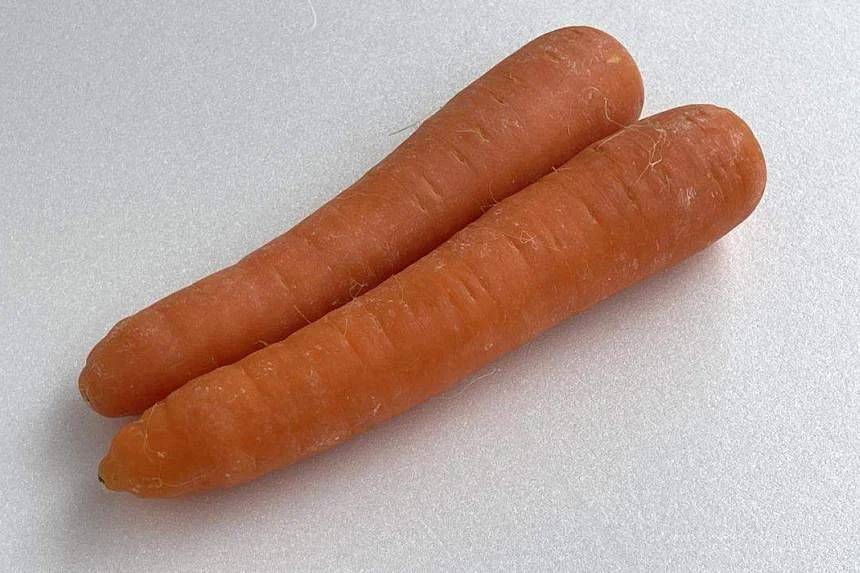 Carrots can be eaten raw as well as sautéed or simmered in soups. This versatile vegetable adds sweetness and color to dishes. 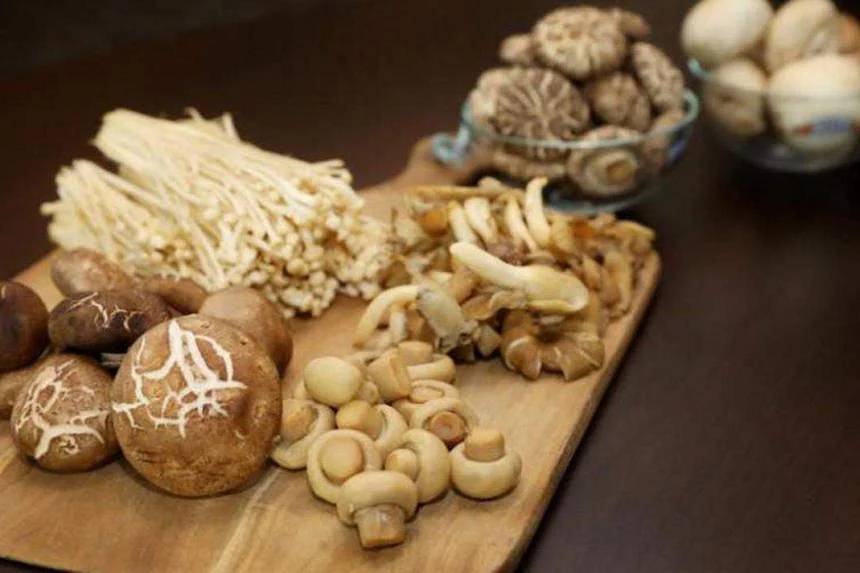 Packed with B vitamins, folate, minerals and antioxidants essential for a strong immune system, mushrooms contain glutamate and bring a strong earthy flavor to dishes. 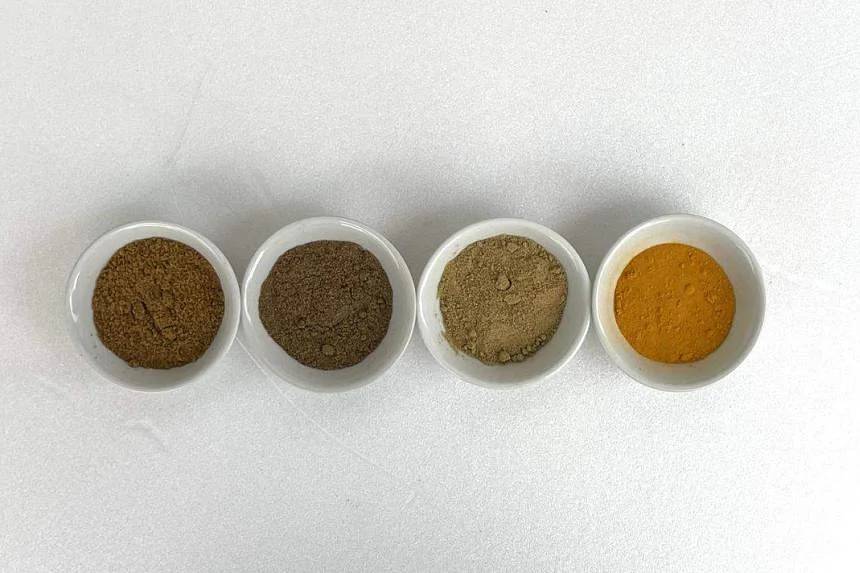 Ground cumin, coriander, turmeric and garam masala have an unmistakable aroma and flavor. These spices work well in marinades and curries.

But be careful with the garam masala. Dr. Bhaskaran notes that the salt content of the spice mix can vary between brands and some contain a considerable amount of sodium, from 146mg to 765mg of sodium per teaspoon.

So check the nutrition information panel and choose a mix with no added salt or no sodium or salt content. 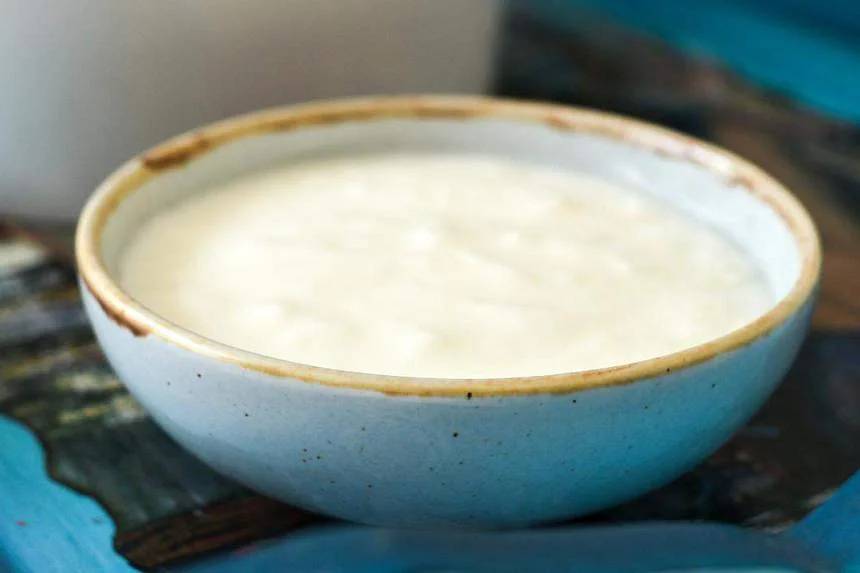 Some recipes call for salt as a tenderizer, but yogurt works just as well and has less sodium. The spiciness of yogurt also adds complexity to dishes.

A versatile staple, it can also be used to replace coconut milk in curries and mayonnaise in salad dressings. 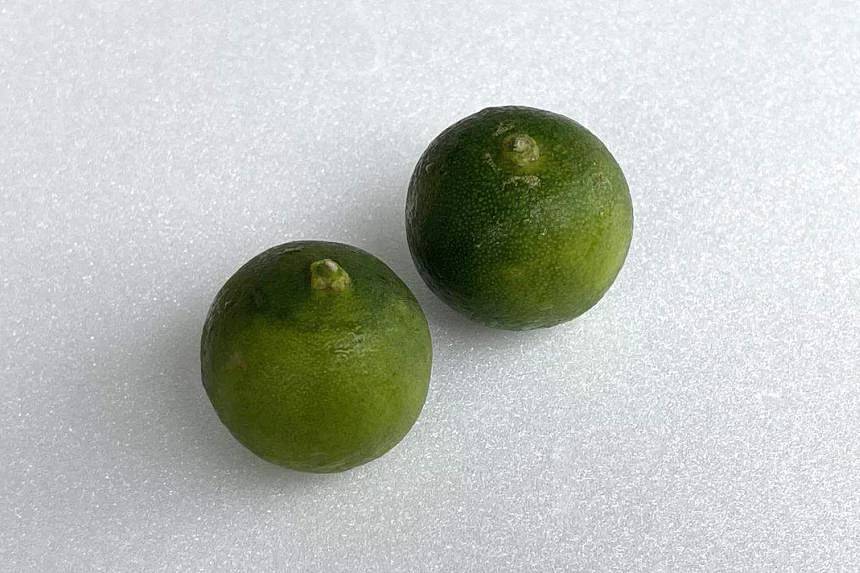 Other than a marinade, it can be used for salad dressings and dips. 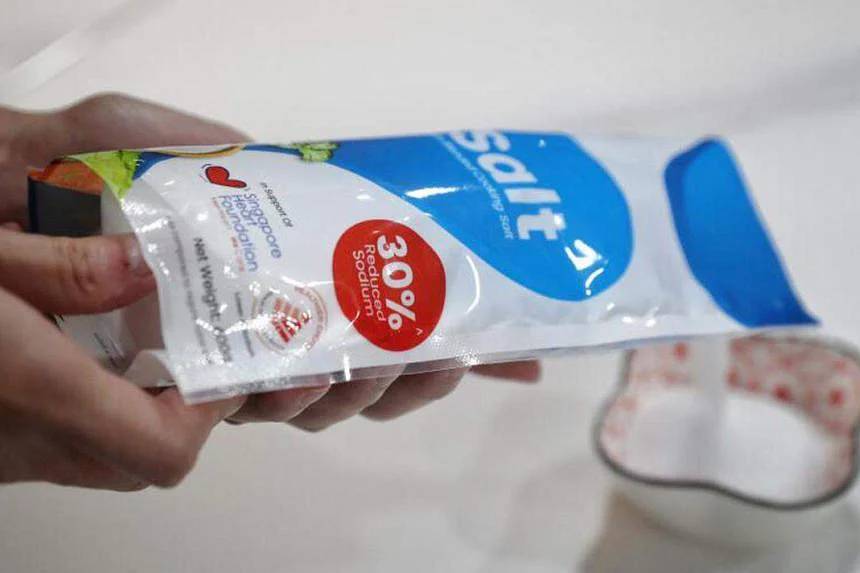 For a product to be classified as low in sodium, it must contain less than 120 mg of sodium per 100 g. 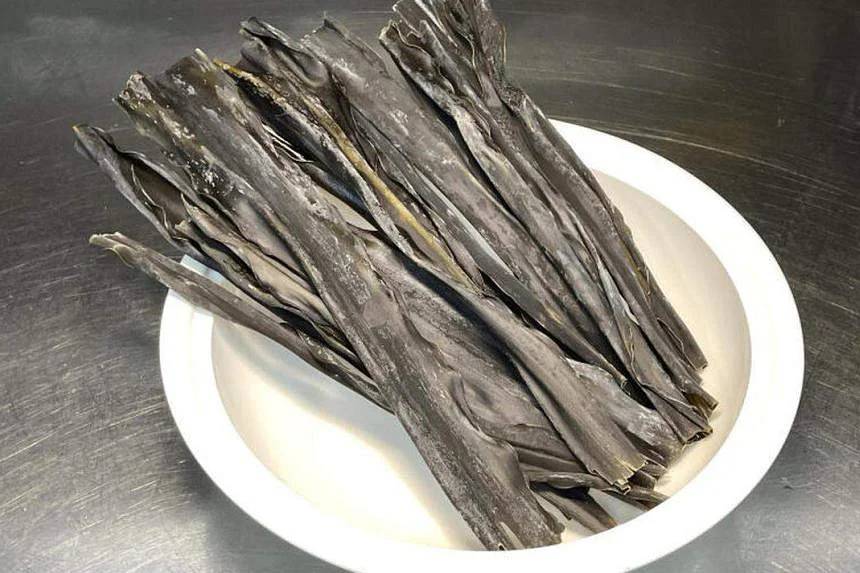 When a dish has layers of well-balanced and complex natural flavors, there is less need for salt to enhance the taste or cover the meat game. 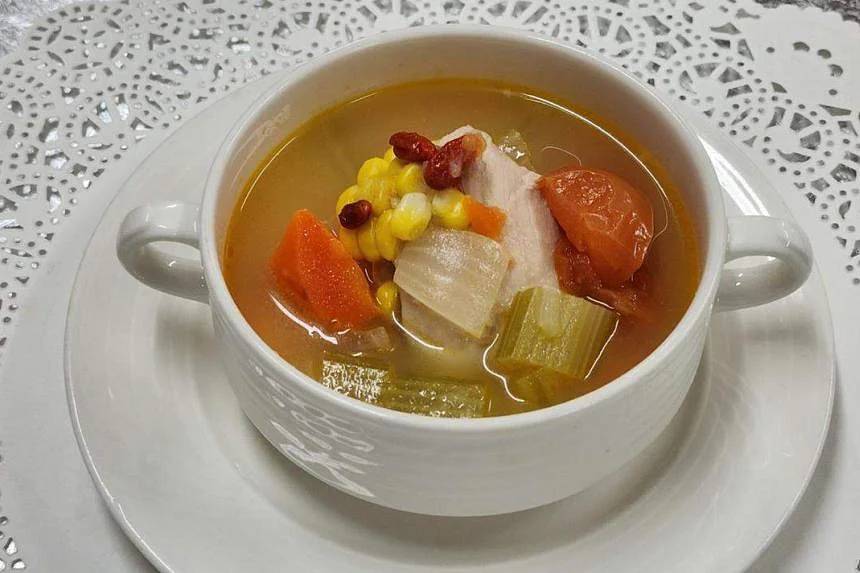 In this recipe from the Food Services Department of Changi General Hospital, this nourishing soup is packed with vitamins, minerals and dietary fiber.

For more flavor, blend half of the cooked vegetables before adding them to the soup. The soup is also suitable for babies, children and the elderly. For a vegetarian version, replace the meat with tofu for protein.

One whole ear of corn (340g), cut into four to five parts

Half teaspoon of pepper

A quarter of a teaspoon of salt

1. Bring water to a boil in a saucepan.

2. Add the chicken and boil for five minutes.

3. Skim off the scum and add the tomatoes, corn, carrots, celery, potatoes and onion.

4. Cover and simmer over low heat for about 40 minutes.

5. Add the gojis, if any, and boil for one minute.

6. Season with salt and pepper. 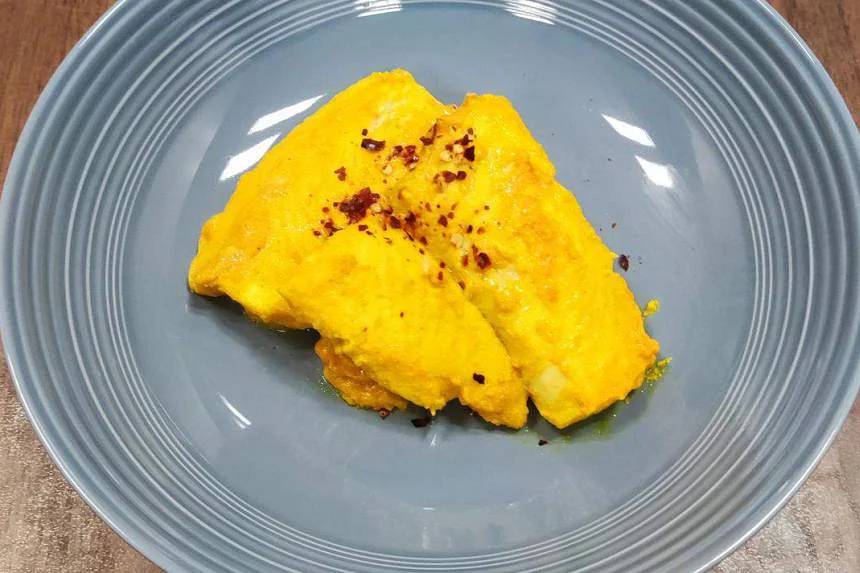 In this recipe by Mrs. Siew Yu Yao, Dietitian at Khoo Teck Puat Hospital, there is no need to use salt as the spices will give enough flavor to the fish. Serve this hot dish with brown rice and a side of vegetables to complete your meal.

2. Marinate the fish in the mixture for at least 25 minutes.

3. Heat the oil in a skillet over medium heat.

4. Add the marinated fish fillets. Cook for five minutes, then turn the fillets.

5. Cover and cook fish for another two minutes or until cooked through. 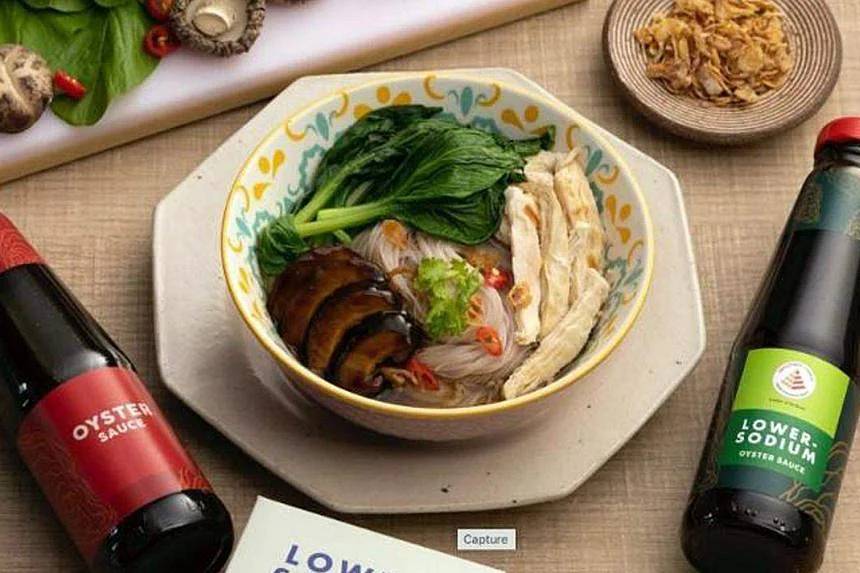 This recipe from the Health Promotion Board uses ingredients such as mushrooms, cilantro, and chili to add a variety of flavors to this dish, which also uses salt and low-sodium seasonings.

Half a tablespoon of healthier ketchup

A teaspoon of healthier oil

A pinch of low sodium salt

A teaspoon of fried shallot crisps for garnish

A tablespoon of chopped fresh cilantro for garnish

2. Boil mushrooms with oyster sauce, dark soy sauce and ketchup. Take out the mushrooms when they are puffy and cut them into thick slices.

3. Bring the rest of the sauce to a boil. Add the cornstarch slurry to thicken the sauce.

4. While the sauce is reducing, blanch the bichon in hot water until tender. Drain and reserve.

5. Blanch the green vegetables in hot water with a little oil and a pinch of salt. Drain and reserve.

6. Throw it away bichon sesame oil and drizzle with sauce. 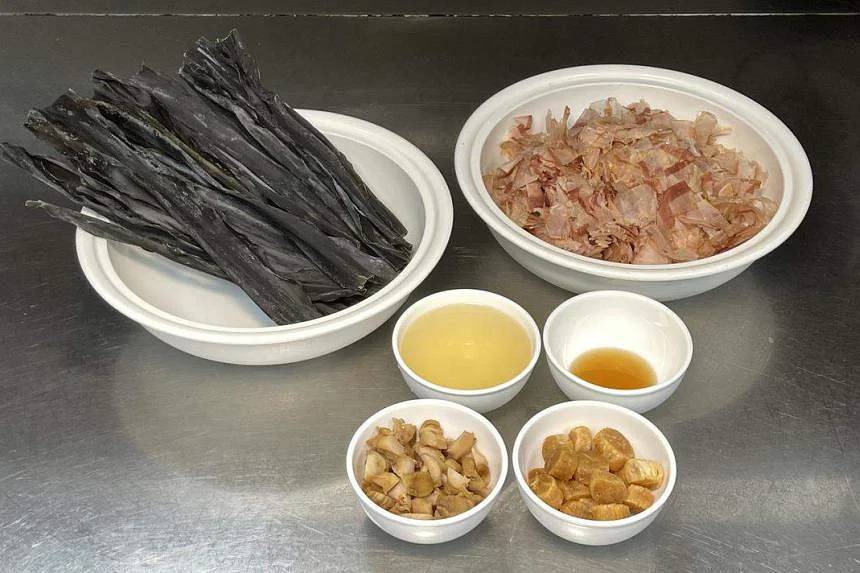 This recipe is from Executive Chef Edward Chong, Peach Blossoms. Use this broth in place of a chicken-based broth for porridge, noodles, clay rice or stir-fries.

For a vegetarian version, remove the dried scallops, dried whelk and bonito flakes, and replace them with a whole cob of corn.

Half tablespoon of Japanese sesame oil

1. Put the dried scallops, the dried whelk and the water in a pot.

6. Filter the kombu stock and it is ready to use.

This article was first published in The Straits Times. Permission required for reproduction.

Smokey eye makeup tutorial: How to make a simple but sexy look in minutes

National poppy seed recall: check if your batch has been affected

Thinness is back in fashion, but has it ever really disappeared? | Eating disorders