Irish Gin and Whiskey Must Try

Double Oak cask-finish single-batch whiskey ($46.50 for 750 milliliters) is bottled at 43.6% alcohol by volume (87.2 proof). The simple label depicts a minke whale, like those found off the coast near Clonakilty. It ships to the United States from shopclonakilty.com.

Listoke 1777 gin is handcrafted from nine botanicals grown in the wild and in the Edwardian walled garden of Listoke. Courtesy of Listoke Distillery 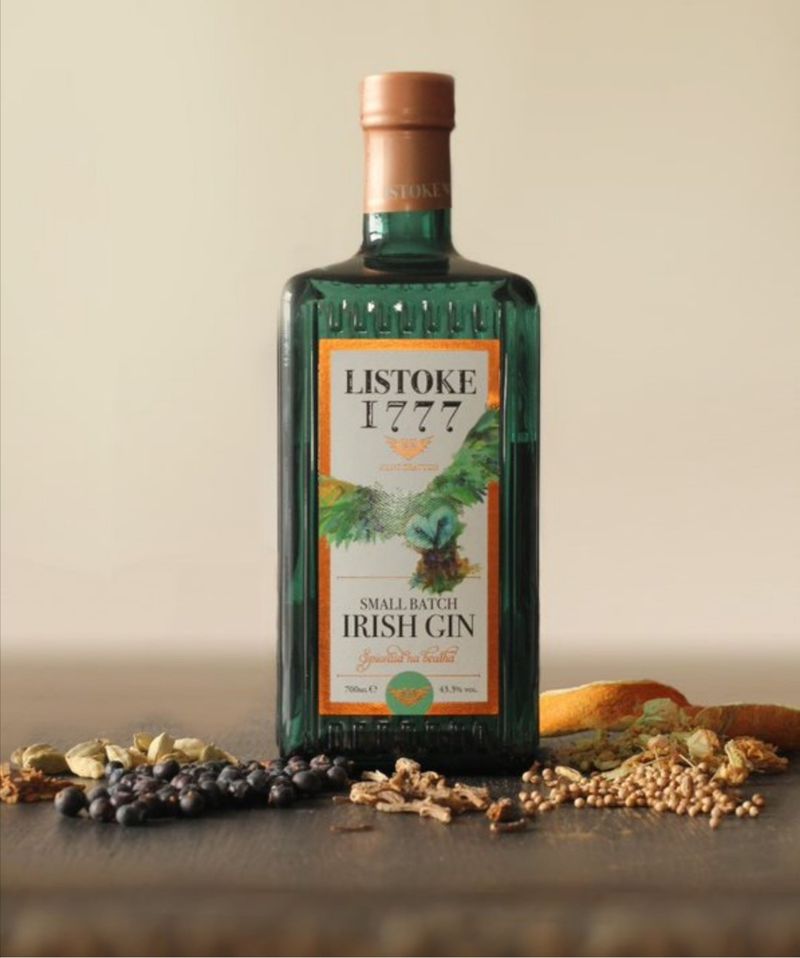 Listoke 1777 gin is handcrafted from nine botanicals grown in the wild and in the Edwardian walled garden of Listoke. Courtesy of Listoke Distillery

Listoke is Ireland’s largest gin distillery, but it’s still a small-batch, artisanal family operation. The label for Listoke 1777 gin depicts a swooping barn owl, like the ones that roam the rafters of the 200-year-old barn at Listoke House and Gardens in County Louth. The peaceful rural village of Tenure, where Listoke and its Edwardian walled garden is nestled, is just 20 minutes from Dublin.

Many of the ingredients in the closely guarded recipe grow wild or in the backyard. Traditional gin herbs and spices, such as juniper, angelica root, coriander and cassia bark, blend in the grain spirit pot with contemporary botanicals unique to the region – jasmine, orange sweet, cardamom and wild rowan berries from Ireland. The three-pot distillation imparts a smoother, smoother flavor to the gin that, at the same time, is also vibrant and bold.

As conscious stewards of the earth, said co-founder Bronagh Conlon, the distillery no longer harvests mountain ash berries from the garden, leaving them for birds to feed on over winter. The distillery now buys sustainably sourced dried berries. And, after the distillation process, all the medicinal plants used are returned to the garden in the form of compost.

The floral aromas are what strikes first when opening a bottle of this gin, with a woody, almost pine-like explosion. It’s avant-garde, but the floral notes stand out and blend on the palate with bright citrus, bitter rowan berries and various barks that balance the sweetness. There’s a lasting spicy finish, with undertones (and a kick of heat) of cardamom.

This is a gin that stands on its own on just a cube, and also makes a fantastic gin and tonic. The tonic bubbles bring out the vegetal flavors even more.

Sign up for the AJC Food and Dining newsletter